31st of October: Celtic Samhain (the Origins of Halloween)

According to the magic Wiccan tradition, on the 31st of October is when the end of summer and the connection with the dead are celebrated 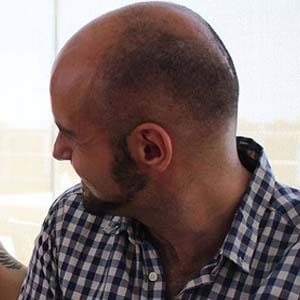 Although the Halloween celebration, on October 31st, has become the most popular festivity of All Souls’ Day, exceeding even the borders of the Anglo-Saxon world, few people know that this celebration has its roots in the Celtic Samhain. Afterwards, the origin of this celebration will be revealed as well as its meaning and its relationship with the Celtic magic of Wicca.

What is Samhain? Meaning and Relationship with Halloween

The Samhain celebration marks the end of the Celtic calendar and the beginning of the new year, coinciding with the end of the summer in the autumn equinox. Given that in the Celtic culture, the night precedes the day, this is celebrated on the night of the 31st of October. It was one of the four great celebrations of the ancestral Wiccan religion, which based its Wheel of the Year (calendar) on the four great Sabbats: the spring and autumn equinoxes along with the winter and summer solstices.

In Celtic Wicca, religious beliefs are mixed with the importance of harvest and gathering. In this regard, Samhain was also the most important celebration for the Celts, as they gave thanks for the harvest at the end of the summer by offering the new grain. Also, through their gods, they communicated with their deceased, since this was a day when the world of the living merged with that of the dead.

This last part of the celebration is the one associated with the Anglo-Saxon Halloween, which has gradually invaded other cultures becoming international. In the past, during this day, the Celts lit large bonfires to ward off the dead and gathered food from the neighbours to offer them to the gods.

Nowadays, on Halloween, children go from door to door hunting for sweets that may be kindly offered by the neighbours. Despite the present folkloric limitations, the Samhain celebration still has a very particular depth.

31st of October: the Celebration of the Celtic Samhain

The Wiccan magic believed in the existence of a Horned God that symbolises the manliness, the underworld and the hunting, and a Triple Goddess that represents the stages of life (the Maiden, the Mother and the Crone). The belief in gods (that mixed neopagans and occult elements) was mixed with the importance of the sowing and the harvest seasons.

That is why the Wiccans celebrated the seasons and the stages of life through the gods, relating concepts such as sowing-fertility, growth-maturity or harvest-death, etc., and Samhain is a good example of that.

According to Wicca, on the night of the 31st of October, that is during the autumn equinox, the God died in order to go back to the Goddess’s womb, who gave birth to him again in the winter solstice. He grew during the spring equinox and reached maturity in the summer solstice, which was the time when he fornicated again with the Goddess to impregnate her and give new life before he died again in the autumn equinox.

Therefore, Celtic Samhain celebrates God’s death (as a rebirth) and thank him for the fruits gathered during the harvest at the end of the summer. Therefore, this was a time when the two worlds (the death and the new life) touched each other, so there was the belief that the dead visited the living.

A Ritual for Samhain

The Wiccan purists and the Celtic tradition prevent the United States’ customs (Halloween) from taking over the traditional celebration of Samhain and keep alive one of the most important rituals of their culture, which is without doubt one of the most ancient and unusual.

Before initiating the ritual, those who celebrate it spend a few hours meditating in peace and quiet on the people that are no longer among us. Through their minds, they try to connect with the underworld. In this process, it is very important to become aware that the body is simply a shell, and life, ephemeral, but that eternity and immortality live in the spirit.

To initiate the ritual, a fire is lit inside a cauldron (usually a copper one), which symbolises the Triple Goddess’ womb, and the flame represents the dying god. In the fire are burned some papers where we have previously written all those habits that we want to leave behind.

Also, a candle can be lit to welcome the deceased that visit us, but this must have patchouli oil and be put inside a carved pumpkin.

An altar with herbs, incense, scents, candles and other belongings can be laid and, holding a candle, we can recite some of the most popular Samhain prayers, like the one that begins by saying: “On this night of Samhain I mark your passing, O Sun King, into the Land of the Young…”.

While the paper is burning, we can also say a prayer like this one: “I create this fire within your cauldron to transform that which is plaguing me”. We need to visualise everything that we want to leave behind while the fire burns down the paper.

After thanking the Goddess, we bury the ashes and leave the candle burning inside the pumpkin the entire night. A prayer for the deceased is recited and we carry on with a feast to thank the gods for our food.

Your emotional communication will improve - Capricorn Horoscope for Tuesday, November 24, 2020

You want to share your enthusiasm – Sagittarius Horoscope for Tuesday, November 24, 2020

Virgo Horoscope - Tuesday, November 24, 2020: Your life will be just like a film

Do you respect your intuition? - Scorpio Horoscope for Tuesday, November 24, 2020

You need time for yourself - Aquarius Horoscope for Tuesday, November 24, 2020

Motivate yourself, make a list of wishes and goals - Pisces Horoscope for Tuesday, November 24, 2020

Cancer Horoscope - Tuesday, November 24, 2020: You'll give back for favours done to you

Aries Horoscope - Tuesday, November 24, 2020: You'll try to look on the bright side of life

A secret love is waiting for you - Capricorn Horoscope for Wednesday, November 25, 2020

It's the beginning of a romantic relationship – Sagittarius Horoscope for Wednesday, November 25, 2020

Gemini Horoscope - Wednesday, November 25, 2020: When you work hard you achieve your goals

You feel passion on your skin - Scorpio Horoscope for Wednesday, November 25, 2020

Good fortune and abundance come to you - Pisces Horoscope for Wednesday, November 25, 2020

Acceptance is the first step to recovery - Libra Horoscope for Wednesday, November 25, 2020

Leo Horoscope - Wednesday, November 25, 2020: Teamwork will be your strong point

Virgo Weekly Horoscope for 23 - 29 November 2020: Subtle and beneficial changes are about to happen

Gemini Weekly Horoscope for 23-29 November 2020: An issue is solved favorably

Cancer Weekly Horoscope for 23 - 29 November 2020: You'll be the best at competition

Aries Weekly Horoscope for 23 - 29 November 2020: You'll get your hopes up with something new